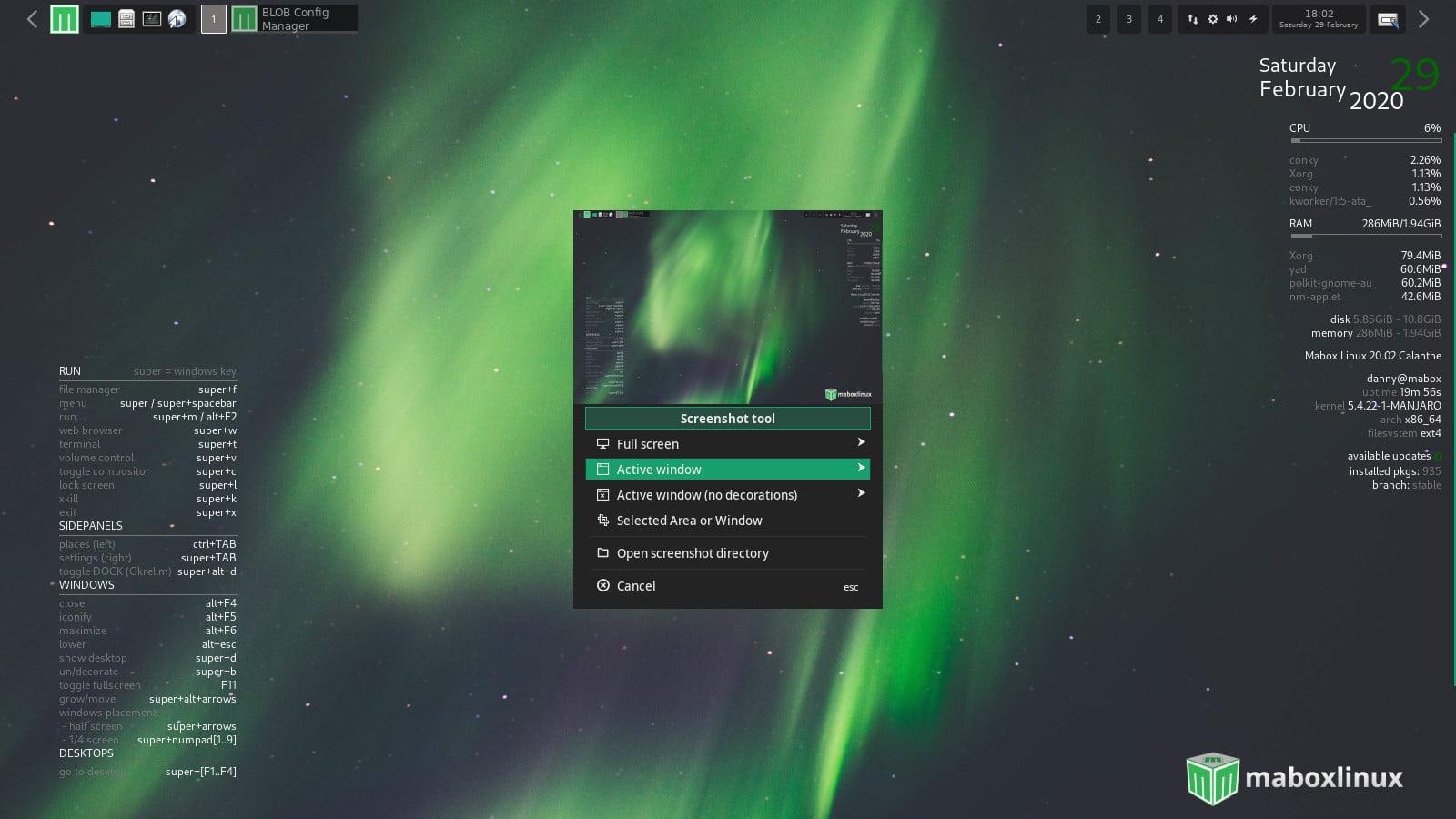 Work on the release of the new version of Mabox is now coming to an end, today we release the Release Candidate version. In relation to the beta released a week ago, we managed to eliminate many minor shortcomings and refine the Mabox Control Center, improve the functionality of side panels – based on jgmenu – and make improvements to other tools available in Mabox. The default themes supplied with the distribution are ready. We invite you to try Mabox – for example on a virtual machine.

Take a look at new, improved and more complete

If you like Mabox, you can support its development and maintenance on Ko-fi